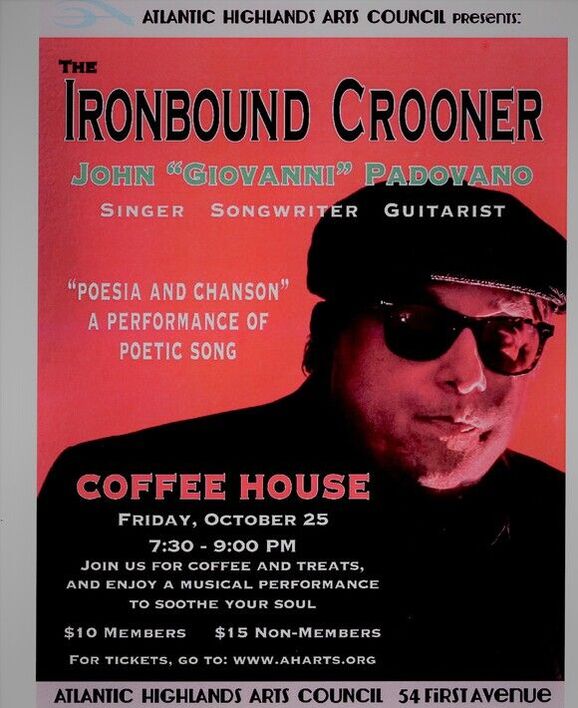 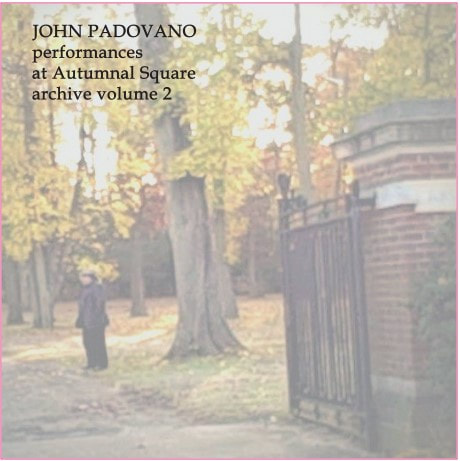 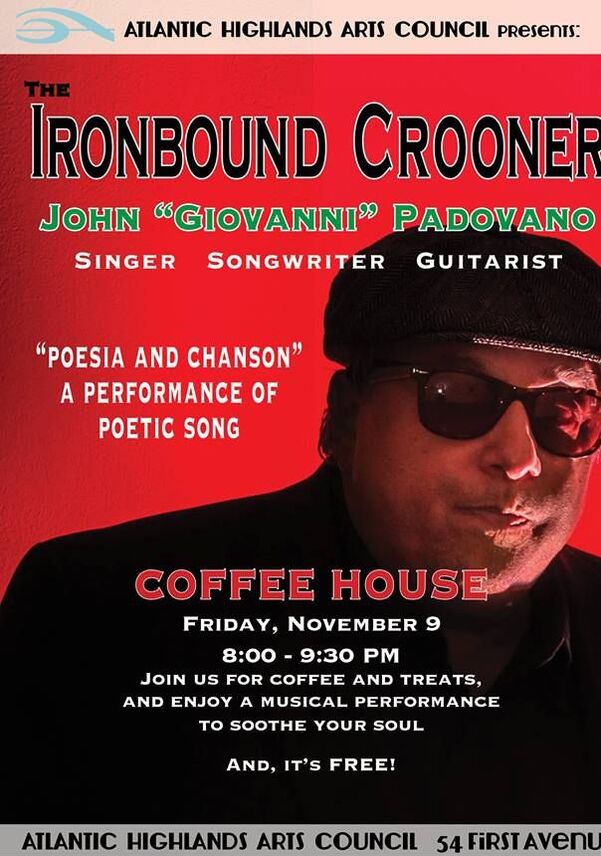 Singer/composer John "Giovanni" Padovano is also known as The Ironbound Crooner. His music is strongly influenced by his very early years in the Ironbound Section of Newark, NJ. Padovano performs songs from his original song collections that includes the titles: "Innocent Waters" "Dusty Road Session" "solo recordings at Baroque Park” " Poesia and Chanson” “The Coffeehouse Performer” and "Wandering Square Impromptu no. 12".
John Padovano has in the past performed at Princeton University and at coffeehouses, Arts Centers, cafes, wineries...and at libraries across New Jersey. He calls his music "Poesia and Chanson".
​"MY MUSIC IS NON-POLITICAL. I AM NOT INVOLVED IN POLITICS" - JOHN PADOVANO